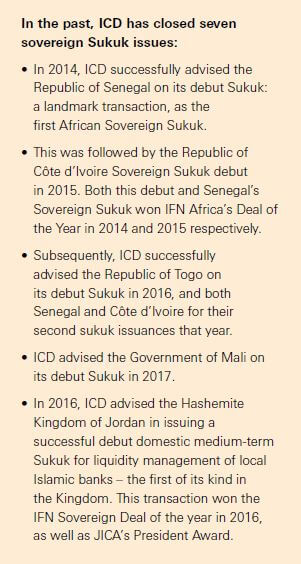 At the Islamic Corporation for the Development of the Private Sector (ICD), we have a dedicated team focused on advising Governments and Corporations in our member countries on Sukuk (Sharia-compliant bonds) issuances. Our team is driven by the conviction that Sukuk is appealing to member countries because it offers an alternative source of capital and diversifies the country's investor base. Building upon the Group’s accumulated experience in Islamic debt issuance, ICD Sukuk Advisory Division is a facilitator to develop the Islamic capital market by:

The Sukuk Advisory Division successfully advised the Republic of Senegal on its debut Islamic Bond, which was a landmark transaction, being the first African Sovereign Sukuk. This was followed by the Ivory Coast Sovereign Sukuk debut in 2015. Subsequently, ICD successfully advised the Republic of Togo on its debut Sukuk in 2016, and both Senegal and Ivory Coast for their second Islamic Bond issuances in that year.  ICD also advised the government of Mali on its debut Sukuk in 2017. Overall, ICD played a significant role in assisting the development of the legal framework in the West African Economic and Monetary Union (WAEMU), which made these transactions possible. Furthermore, in 2016, ICD advised the Hashemite Kingdom of Jordan for issuing a successful debut domestic medium-term Sukuk for liquidity management of the local Islamic banks, which was the first of its kind in the Kingdom. In 2021, the ICD advised the Government of the Maldives on setting up a USD 1.0 billion Sukuk Program with the first drawdown of USD 200 million for its debut Sukuk issuance

To date, the Sukuk Advisory team at ICD has raised a combined USD 21 billion worth for both corporates and sovereigns demonstrating its strong placement and distribution capabilities. In 2020 ICD made its debut on Bloomberg’s international sukuk issuance league table with a vision of being a key player in the Islamic Debt Capital Markets.

The Sukuk Advisory Division is looking to further diversify its product offering going forward to have a greater impact on the Islamic Capital Markets by considering: 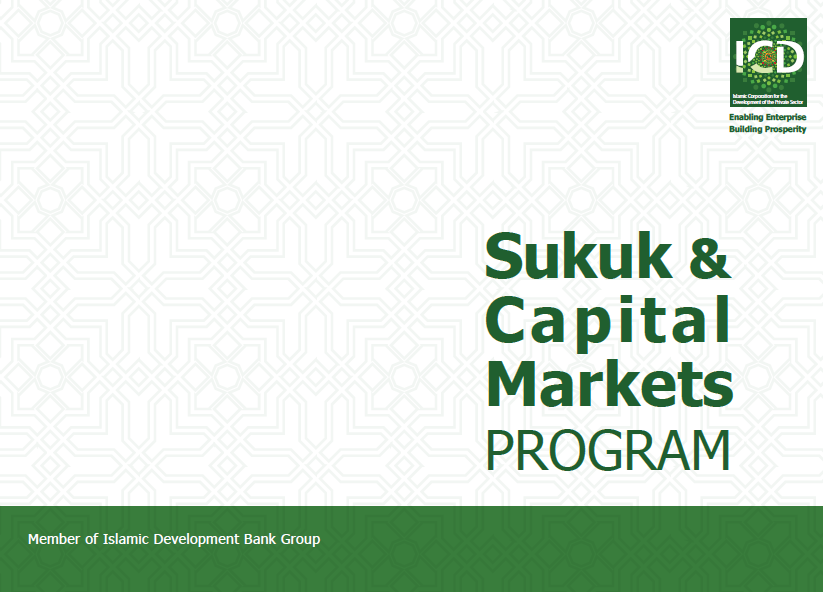 The files you are attaching in the application :